Ten years later, it’s time for another round of renovations that include the decor, furnishings, and TV’s.  The rooms now have upgraded 49-inch HD TVs!

Upgrades of $60 million are being spent at the Fairmont Scottsdale Princess, the city’s largest resort with 649 rooms, villas and casitas.  It’s getting bigger, with the addition of 102 guest rooms with space for 43 more plus a new conference center and the remodeling of another conference center.  Guests can also enjoy the Well & Being at Willow Stream Spa.

The resort is just north of the TPC Scottsdale golf course, making it a convenient place to stay during the Waste Management Phoenix open. 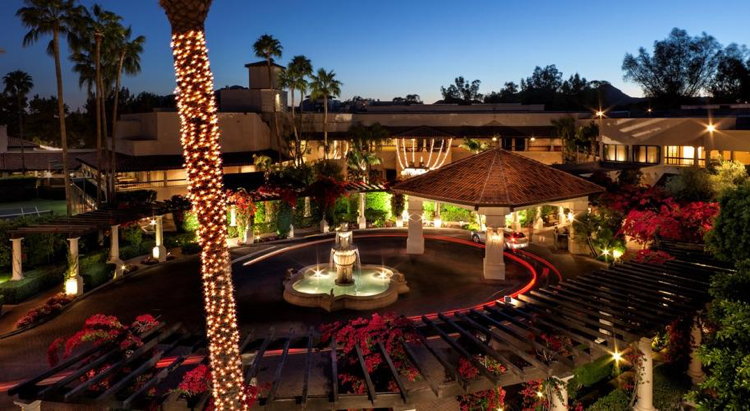 Two new restaurant concepts just opened in September along with a bar and an additional outdoor meeting and event space.  Guest rooms were also upgraded.

“The goal of the renovation is to maximize the aesthetic potential of the romantic, Spanish architecture and beautiful grounds of The Scottsdale Resort elevating the overall guest experience and amenities,” said Kevin Regan, senior vice president of operations, Western region, for Destination Hotels. “This property is situated in an upscale community centrally-located but just enough off the beaten path that it is a bit of a hidden gem within this world-class travel destination.”